Rotate your device for maximum experience

In this short course, Andrew Horn shows you how you can become a LOT happier simply by taking a couple of minutes each day to appreciate the good things in life.

Whatever you’re grateful for – experiences you had in the past, people you love today, or opportunities you’re looking forward to – the great thing about gratitude is that it makes you feel good right now.

Studies show that gratitude decreases stress, boosts your immune system and lifts your mood. In fact, being grateful can give you same increase in happiness you’d get from doubling your income. That’s a pretty powerful impact from just changing the way you think.

So take a minute to pause and be grateful for everything you have in your life. Wherever you want to go, gratitude is a great place to start.

You’ve been conditioned to always think about the next thing – the next opportunity, the next position, the next level – but as soon as you achieve it, you’re right back to square one because you’re addicted to achievement.

You’re always looking for something more before you can allow yourself to be happy.

It’s one of the major problems of our society.

There’s an epidemic of depression and anxiety, from millennials on social media to suburban families who can’t stop playing one-upmanship. At its root is the constant fear that we’re not good enough.

Sure, we should all strive to grow and achieve, but if you take some time to enjoy the scenery on your way, you’ll be so much happier and more fulfilled.

Learn how the research on gratitude has proven it can transform psychological well-being in and out of the workplace. Andrew shares some of the simple gratitude exercises, employee recognition tactics and communication techniques that top tier leaders are adopting to be happier and more effective.

Facts about the class

Andrew is a frequent speaker and trainer for Fortune 500 brands like MasterCard and Google. He believes a presentation is only as good as the lasting change it sparks in his audience.

Andrew shows you how gratitude can help you create a solid foundation to go out and be everything you need to be.

Get a Premium membership with all-access to our speakers

Andrew Horn is a serial social entrepreneur, speaker and writer based in Brooklyn, NY.  He is a Global Shaper at the World Economic Forum, was selected to Startup Boost’s 33 under 33 and received the Mayor’s Community Service award in Washington, D.C at the age of 23.

in 2014, Andrew launched Tribute.co, which The New Yorker recently called “Hallmark 2.0.” Tribute makes it easy to create a collaborative video montage that you can give as a gift on any important occasion. He is on a deep mission to spread gratitude and meaningful connection in the world and is responsible for 75,000+ Tributes since launching. Tribute also closed a $1.2M seed round in 2016 and is planning large-scale expansion in 2017.

Before launching Tribute, Andrew started an award-winning children’s non-profit called Dreams for Kids DC. In three years, he established the organization as one of the premiere adaptive athletic providers in Washington, D.C. (where kids with disabilities played sports with professional teams like the Washington Capitals and Redskins).  He was able to build a succession plan and stepped down in 2011 to start another non-profit venture called AbilityList, which FastCompany called a “Craigslist for people with disabilities.”

Once Dreams for Kids DC and Ability List were operationally sound, Andrew went to work with best-selling author Sam Horn to launch The Intrigue Agency in Washington D.C and NYC. The IA is a full-service branding firm with Fortune500 clients like Cisco, Boeing and HP.

Andrew began professional speaking at a young age, giving his first TEDx talk at 21. Andrew is now a frequent speaker at conferences (United Nations), colleges (NYU) and for Fortune 500 brands like MasterCard. He is a frequent contributor to media outlets like MindBodyGreen, HuffPo and TheMuse. He focuses his writing on “The Art of Meaningful Conversation” – How to overcome anxiety, ask better questions and connect with anyone.

Litupp is for me the vanguard of a digital revolution to heal and help anyone in a stressed everyday or enforcing your capabilities to overcome your any dream. Road to success is..

I'm absolutely blown to bits by these courses. All the valuable content is so helpful and inspiring. By allowing ourselves to aspire, I believe there's always room to learn more.

Truly realizing my talents, and being aware of the power I hold, gives me more strength, and understanding on how to motivate myself and others. I admire this innovative tool. 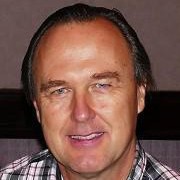 Within 2 weeks of taking the Passion Test, I was contacted to lead a workshop for 150 people in Japan. This aligned with one of my top passions. I am so excited about life now!

I have worked with leadership for 11 years, and LitUpp is by far the best online development course I have ever taken. The videos are superb quality, and so is the content!

I've received valuable information from the Wealth and Strategic Networking programs. The speakers' are outstanding, and both the quality and the content is amazing!

LitUpp creates the very best online programs to help you grow and light-up your life at prices everyone can afford.

Dharma Explains Why with Chris Attwood

How to get a Yes with Andrew Horn

Beyond the Awakened Millionaire with Joe Vitale

Working with Humans with Christopher Barrat

The Stories You Tell Yourself with Gabriel Nossovitch

The Passion Test with Janet Attwood

Posture and Attitude with Ole Wessung

Rotate your device for maximum experience

Thanks for being curious and stopping by. It’s not many people who really want to dig deeper into life.
Everyone wants to be happy, but how often do we take a minute to think about what really counts?

I’ve been through a lot in my life – had some big highs and some painful lows – and through it all I learned it doesn’t matter how successful you are, if you’re not right with who you are and what really matters in your life, something needs to change.
If that’s you, then you know what I’m talking about. That’s what LitUpp is all about.